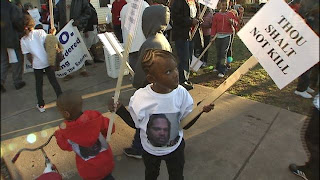 When I lived in Wilmington, NC my wife and I were members of, and regular volunteers at Port City Community Church.

The main pastor Mike Ashcraft, used to tell us on a regular basis, that the biggest problem facing our city, our state, our country, and the next generation was the plight of fatherless children.

Children... boys and girls growing up without their father's present in the most formidable years, to teach the rights and wrongs of being contributing members of society.  This plight knows no prejudice.  It doesn't see skin color, economic circumstances, or even fear of responsibility.

When you do what I do for a living, you meet children all too often who have lost their father to either death or incarceration or sheer flight from responsibility.  Two days ago I was charged with covering a vigil for a man murdered in the neighborhood he was born and raised in.  I interviewed his pregnant girlfriend who openly discussed how she was on the phone with him the moment he was shot.  She heard his final breath and dieing scream for help.

Moments later I would meet the little beauty you see pictured above.  While unaware of her relationship to the late man pictured on her t shirt, the expression on her face as she read over the words scribed on that sign she is holding, simply captivated me. 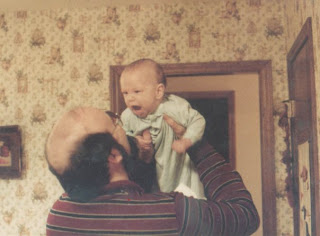 What I can tell you is this, I'm one of the lucky ones.  From the moment I entered this world, my father has always been my biggest champion. 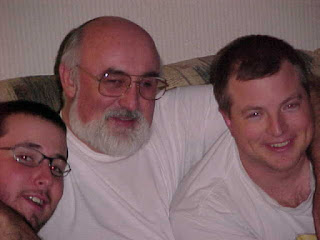 In the late 70's he met my mother.  A struggling single mom who could barely afford the bare necessities for my older brother.  He would go on to buy him shoes and clothes before he even looked at an engagement ring for my mom.

In his own selfless ways, he displayed compassion and generosity that I believe resides in me.

He made a 7 year old boy his son and married my mother on July 14, 1979.  He has always maintained that even though they aren't blood, Buck is his son as much as I am.

Growing up, the oldest of 3, in rural southeastern North Carolina on the shores of Lake Waccamaw, he began working at the age of 12 at a local grocery store.  He would take food in lieu of a paycheck so that his family would have food for the week to eat.  I carry this lesson of hard work in my heart and go back to it anytime I think I've had a tough day on the job.  He taught me that a strong work ethic pays off and that people do notice it. 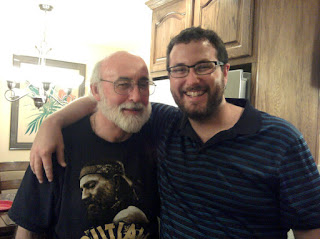 My father and I haven't always had the most perfect relationship.  It got pretty rocky in my early  twenties, and we even went a while without speaking.

Through the grace of God, and an insistent mother whom I am quite thankful for, we got our relationship back and it has been better than ever.


I still seek my father's counsel on tough decisions, financial advice, how to handle rough situations at work, and oftentimes I just call him up to shoot the breeze.

Realizing your parents are real people with their own real world problems was one of the toughest pills I've ever swallowed, and also one of the most rewarding.  I've seen my father navigate just about every high and low a lifetime can see, and I've witnessed him come out a better husband, father, and friend on the other side.  I've seen him beat cancer.  I've seen his heart grow.

I know that there is hope for this next generation because in a world plagued by the lack of fathers, role models, and heroes I am truly one of the very lucky ones.  My story of redemption and reconnection with my own father is a true testament to that.

Superman doesn't always wear a cape.  Sometimes he wears a weathered Willie Nelson t shirt and has a beard.  Sometimes he looks just like you do.
Posted by Dustin E. at 3:21 AM No comments: 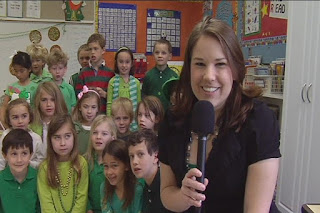 The earliest memories I have of ever interacting with the woman who would one day become my wife date back to 2007.  Small market newsrooms are comprised of a handful of "veterans" just mailing it in, recent college graduates working erratic shifts and wearing a multitude of hats in an effort to prove themselves, and college drop outs who took a job as a PA because working in television "sounded cool".

I'll let you guess which one I was.

I had Thursday night's off, and anyone who worked for my former employer knew that Thursday was $1 domestic draft night at Hell's Kitchen.  The morning show producer, then Kristy Ondo, could often be found having her dinner at what we affectionately referred to as "The Kitchen", on any given Thursday.  Kristy never imbibed on the watered down domestic brew, because as soon as she left our graces, she was headed to work.

Around her 3rd or 4th visit to The Kitchen on a Thursday, she was about to head out and I asked her where she was parked.  Upon hearing she'd cemented her little Honda in one of the seedier areas of downtown Wilmington, I offered to walk her to car, insisting that "chivalry wasn't dead".

Over the next couple of years, Kristy Ondo would become one of my dearest friends.  We'd share laughs, tears, secrets, flirtations, DVD copies of teen soap operas that were once filmed in Wilmington, long walks on the river front during our dinner break, hours upon end at the ocean's shore line at Wrightsville Beach, and every thing in between.

And then the summer of 2009 eventually rolled around.  Kristy Ondo informed me that her contract was about expire and that she would be looking for tv news jobs elsewhere.  Without hesitation I blurted out: "Well, before you leave... I'm going to kiss you."  "What?!?!", she replied.  And again I insisted, "Kristy... I can't let you leave without kissing you at least once.  It'll be one of those things I'll regret never doing."

And a couple weeks later, I made good on my threat to plant one on her.  In the middle of what was probably the worst thunder storm of the summer, we found ourselves stranded in a lifeguard stand on Wrightsville Beach with a couple of luke warm Bud Light Limes.  I told her "I'm not wasting this kind of natural atmosphere.", and I went for it.  It must have done the trick, because she didn't move and she signed a contract extension the following week. 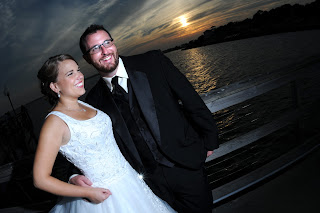 We continued to work together at the same station in Wilmington, and if I knew then what I know now, I would have never taken a single second for-granted when I had the opportunity to work with her as her photographer.

In June of 2011, I accepted a job in Charlotte as a photographer at the #1 station in the market.

It was a news junkie's dream come true.

Only a couple of weeks after I accepted my position, Kristy was offered a job at the sister station of the one we'd worked at in Wilmington.

Our life was beginning to take shape... 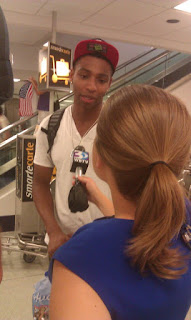 We found ourselves in Charlotte in August 2011, working for competitors, and eventually feeling the overwhelming shift in market sizes.

We would both come to excel in our roles.  Kristy would quickly come into her own as a reporter in a top 25 market, and would gain respect and notoriety from her peers, as someone who went above and beyond to do her very best, and as someone who made her stories "human." 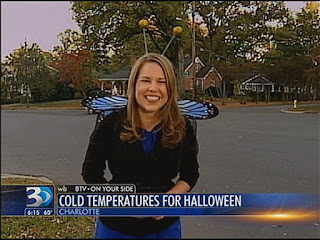 She also became known as someone who knew how to not take herself too seriously.  Someone who was good at her job, and did it with integrity, but also knew how to enjoy the grind we all ride, along the way.

Her contagious smile would ignite viewers to email her praise, and on occasion, inquisition about the type of shoes she was wearing.  (A story for another day.)

In the following months, Kristy and I decided we would take mission trip to Guatemala. What happened there changed both our lives, but for Kristy, it stirred a longing and a call she had felt for sometime to do something different with her career.

Through continued months of prayer, meditation, and quietly listening to what we believe as a couple to be God's call to her, she found a new job opportunity.  On March 5th, after almost six years in the TV news business, my sweet, smokin' hot wife will be making an exit from the lights and cameras and taking a job an internet writer / copy editor at the Billy Graham Evangelical Association, the BGEA.

Kristy has always said that the only thing she likes more than being my wife, or being on TV, is writing.  And she's pretty darn good at it.  And I could not be more proud of her.  This leap of faith, and step outside of her comfort zone, is one I only wish I had the guts to take.

Please join me in celebrating with her, in cheering her on, and in being inspired by the soul she possesses.  One that doesn't back down from a challenge.  One that faces fear and uncertainty with assurance that she is protected.  A soul that is truly one of the good ones. 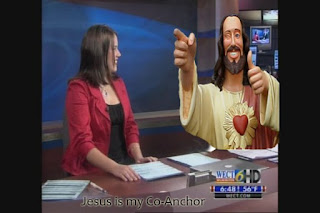 And if it doesn't work out, I'm sure she can always reenter the world of news.

Her former co-anchor would probably vouch for her in a pinch.